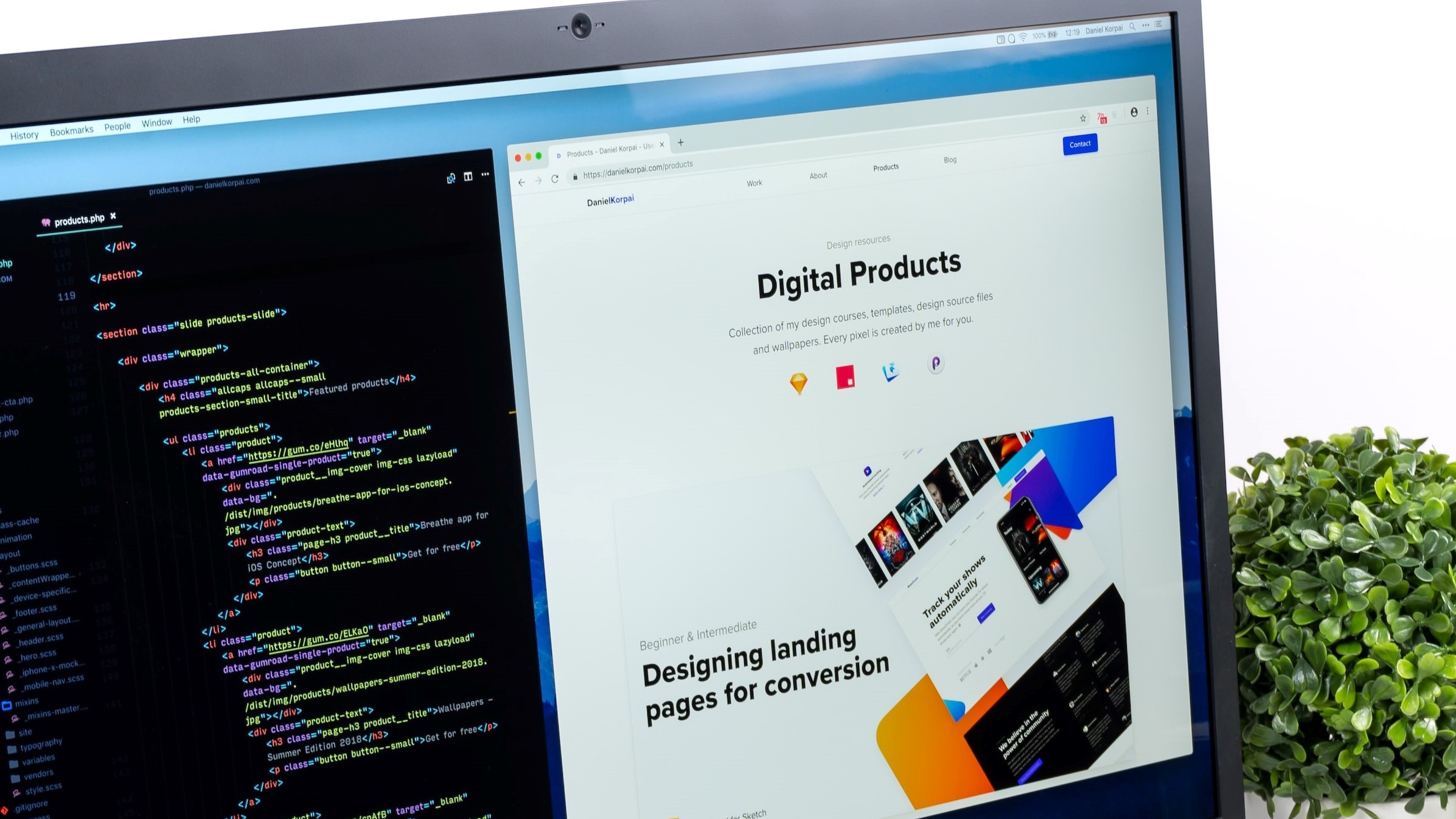 In this web development salary guide, we’ll explore the types of jobs in the web development industry, the typical salary range you can expect, potential career progression paths, and how you can get the skills you’ll need to get started.

Web developers are typically split into three types depending on their job roles. These roles are: back-end developers, front-end developers and full-stack developers. Web developers may also be called upon to take on the role of webmasters, which can be a position on its own or assimilated into the developer job scope.

Web developers can work for a company or a web development agency. They can also be freelancers taking on ad-hoc projects from different clients. Analytical, logical people with excellent problem-solving skills and a great eye for detail can find themselves excelling in a web development career.

Front-end web developers, like the name implies, are responsible for the visual parts of a website. This includes the interface and pages visitors see and interact with. They design the layout of each page as well as ensure that images, graphics or videos all display and align as intended on a variety of different devices.

Front-end developers typically code using programming languages like HTML, PHP and Javascript. Job postings for front-end web developers typically ask for degrees in website design, computer programming or computer science — though these are not mandatory to perform the role. Anyone who teaches themselves how to code and design websites can be a front-end developer as long as they have a strong portfolio demonstrating their expertise.

Attending a website development course is one the ways you can get a headstart in learning the skills needed to become a front-end developer.

Back-end web developers code the structure of a website. If a website were a building, back-end developers build the foundations, pillars and piping that allow the building to stand and house inhabitants. They are responsible for ensuring that the website can process data and perform actions as intended.

Back-end developers focus on databases, application programming interface (API), architecture and other server-side software. They typically work with programming languages such as Python, Java and Ruby.

You don’t necessarily need formal training to secure a position as a back-end developer. Many people who are self-taught are capable of passing tests for entry-level roles. You can consider attending a website development course to learn the basics of programming languages and build your skills. An educational background in computer science is not necessary, many employers look out for a strong portfolio of development projects or relevant industry certifications instead.

Back-end developers have a salary range of $3,000 to $7,000, depending on industry and level of experience. The median salary of front-end developers in Singapore is $6,000. (Source: Glassdoor)

Due to their complete knowledge of websites, full-stack developers are typically sought after by organisations that do not have the budget for large teams. They can also be sought after as consultants or leaders to oversee projects to ensure that both front and back-end functions of a website work optimally together. This also means that they need to be proficient in both front and back-end programming languages.

If you’re undecided on whether you want to focus on becoming a front-end, back-end or full-stack developer, attending a website development course can help you get to grips with the ins and outs of each role so you can make an informed decision.

How to Start a Career in Web Development?

As more and more of our daily lives are increasingly digital, web developers have some of the most sought-after skills no matter the industry. Becoming a web developer can be a lucrative and rewarding long-term career.

Web developers are directly responsible for creating the main online presence for a business. Their code can be the difference between a fast or slow loading website, as well as affect key online business functions.

Many people who want to make a career switch to become a web developer can be daunted by the need to learn code. However, there are a plethora of online resources such as courses and bootcamps intended for absolute beginners with no prior coding experience available. These can help you get some experience at web development projects.

If you’re not ready to dive into the world of coding just yet, but are still interested in web development — then consider taking up a website development course that specialises in co-code website builder platforms like Shopify or Wix. You’ll be able to learn valuable knowledge like best practices for user interface design and user experience that’ll set you up for success when building a website.

If you’re looking to learn how to develop a website, why not learn from industry veterans at FirstCom Academy. Our courses are ideal for busy professionals looking to upgrade their careers by learning in-demand skills taught in a manner that is progressive, easy-to-understand and actionable.

We use cookies on our website to give you the most relevant experience by remembering your preferences and repeat visits. By clicking “Accept All”, you consent to the use of ALL the cookies. However, you may visit "Cookie Settings" to provide a controlled consent.
Cookie SettingsAccept All
Manage consent

This website uses cookies to improve your experience while you navigate through the website. Out of these, the cookies that are categorized as necessary are stored on your browser as they are essential for the working of basic functionalities of the website. We also use third-party cookies that help us analyze and understand how you use this website. These cookies will be stored in your browser only with your consent. You also have the option to opt-out of these cookies. But opting out of some of these cookies may affect your browsing experience.
Necessary Always Enabled
Necessary cookies are absolutely essential for the website to function properly. These cookies ensure basic functionalities and security features of the website, anonymously.
Functional
Functional cookies help to perform certain functionalities like sharing the content of the website on social media platforms, collect feedbacks, and other third-party features.
Performance
Performance cookies are used to understand and analyze the key performance indexes of the website which helps in delivering a better user experience for the visitors.
Analytics
Analytical cookies are used to understand how visitors interact with the website. These cookies help provide information on metrics the number of visitors, bounce rate, traffic source, etc.
Advertisement
Advertisement cookies are used to provide visitors with relevant ads and marketing campaigns. These cookies track visitors across websites and collect information to provide customized ads.
Others
Other uncategorized cookies are those that are being analyzed and have not been classified into a category as yet.
SAVE & ACCEPT
Powered by